The High Skates - Small or Intermediate series was created in 1961-1963. They stand approximately 5 5/8" +/- 1/4" in height and have a 2 1/4" square base. They have a decal on their chest and base. They have "raised" painted eyebrows and large ears. The skate blades are higher than the 1962 Regular size dolls. This series has "Japan" stamped on the bottom of the base. The color scheme on this series follows that of the Regular Series dolls with one exception -- the Chicago Blackhawks doll has a light blue colored base which is different from the 1962 Regular Size doll which has a red colored base. The Intermediate dolls used a unique spring that had 4 large coils (at the head) with a 1" long stem that attaches to the neck post with 2 small coils. This unique design accounts for the plus/minus 1/4" variation in the head height.

The NHL dolls in this series were said to have been sold and distributed only in Canada. Dewitt "Tex" Coulter was the distributor of the dolls. He played football for the N.Y. Giants of the N.F.L. (1946-52) and for the Montreal Allouette's of the C.F.L. (1953-56). The box for the Intermediate High skate series has a colored sticker that depicts a "Bobble-head MASCOT!", TEX COULTER ENTERPRISES INC. and an address in Montreal, QE. The team's name is stamped on the end. My box has LEAFS with (TORONTO) underneath it. Notice the unusual neck protector for the doll. It was different from the REGULAR and MINI SERIES that were packaged with square cardboard pieces around the neck. (See the picture below)

The abbreviation "IF" is commonly used by some of the teams. "IF" is short for "Idrottsforening" which means Sports Association" in Swedish.

For more info & pictures of the Swedish hockey dolls, please go to my Swedish doll page= 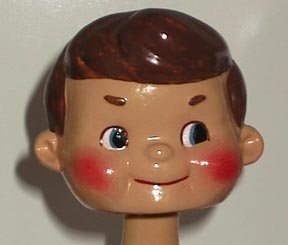 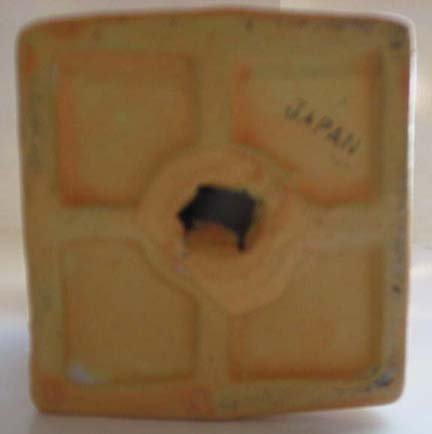 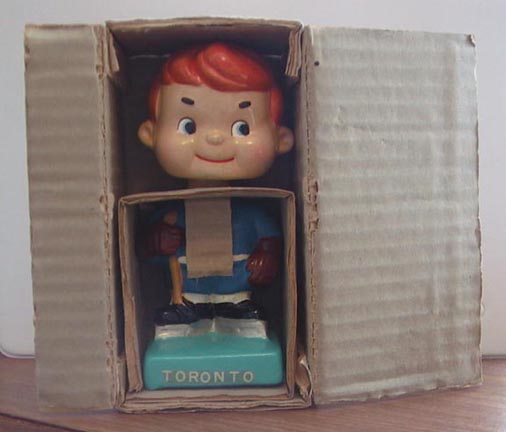 Printed on the bottom of the box is LEAFS (). Pictures below show an example of how it looks. 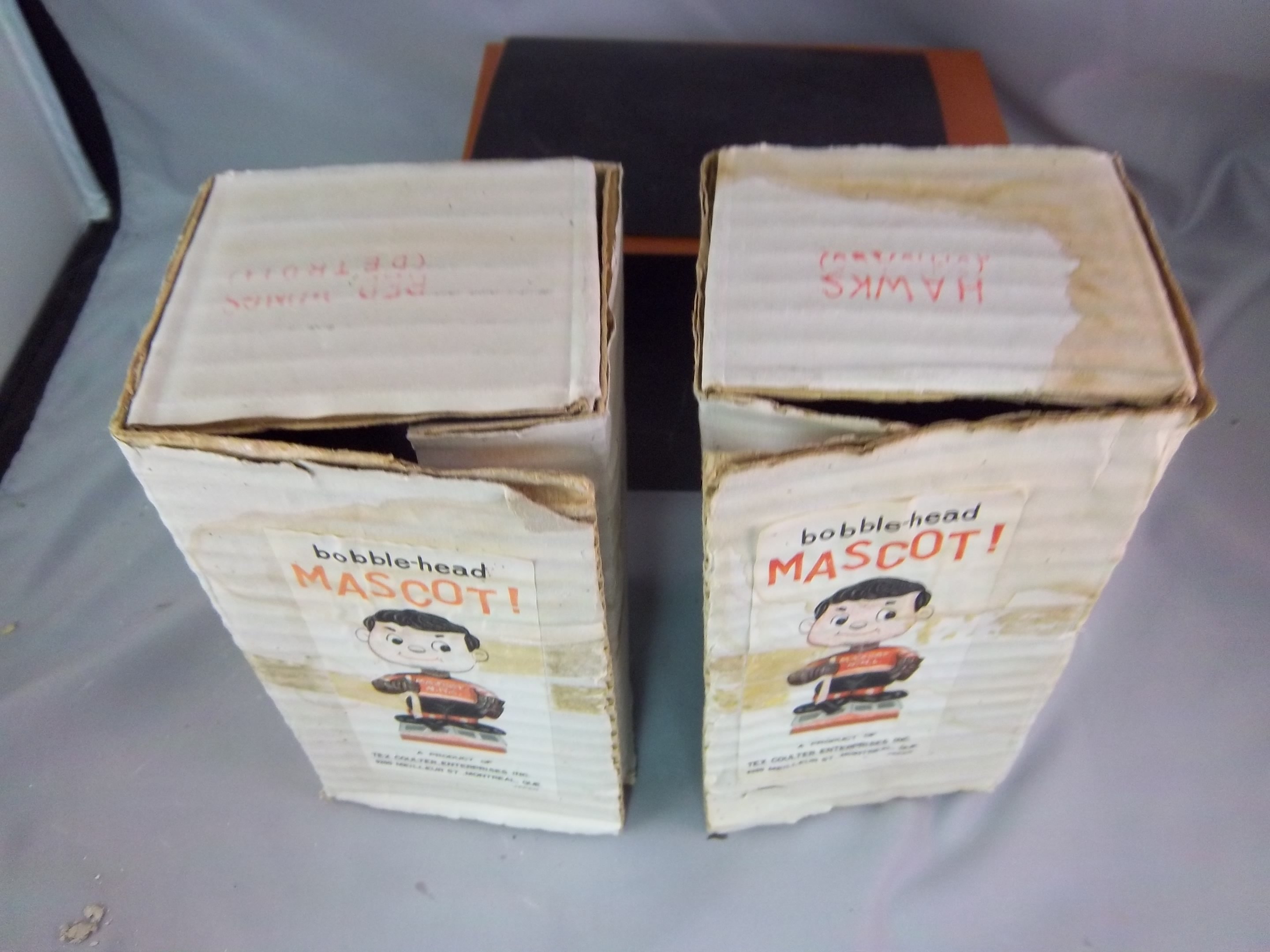 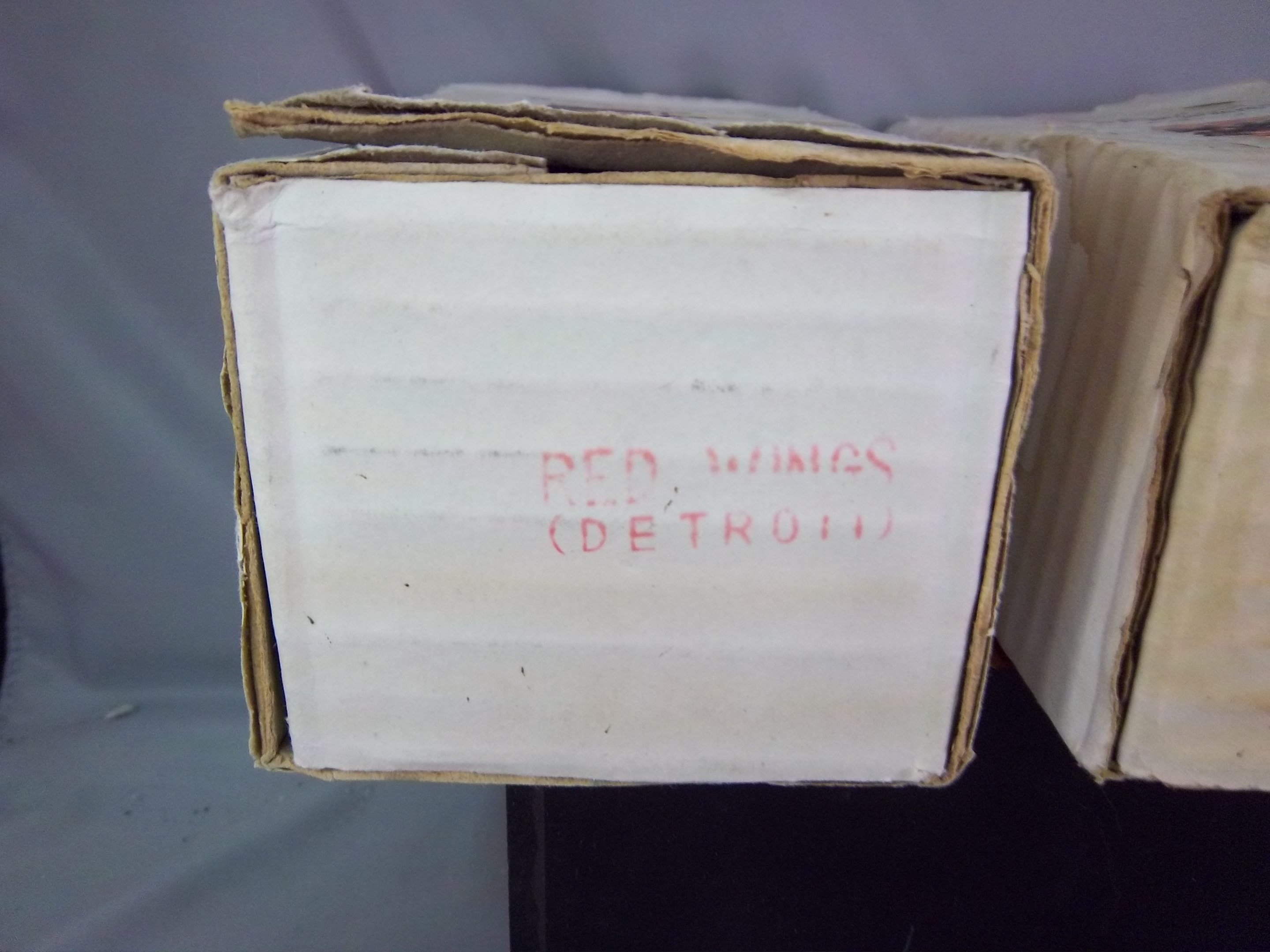