As of July 2015, long time memorabilia dealer and collector Carl Laron shared with me a copy of a March 1973 New York Islanders game program that had a Harry M. Stevens souvenir advertisement that listed a bobbing head doll for the New York Islander's. As you can see below, there was no picture. Carl said that years ago, he saw a picture of an Islanders BANK that was part of someone's collection. 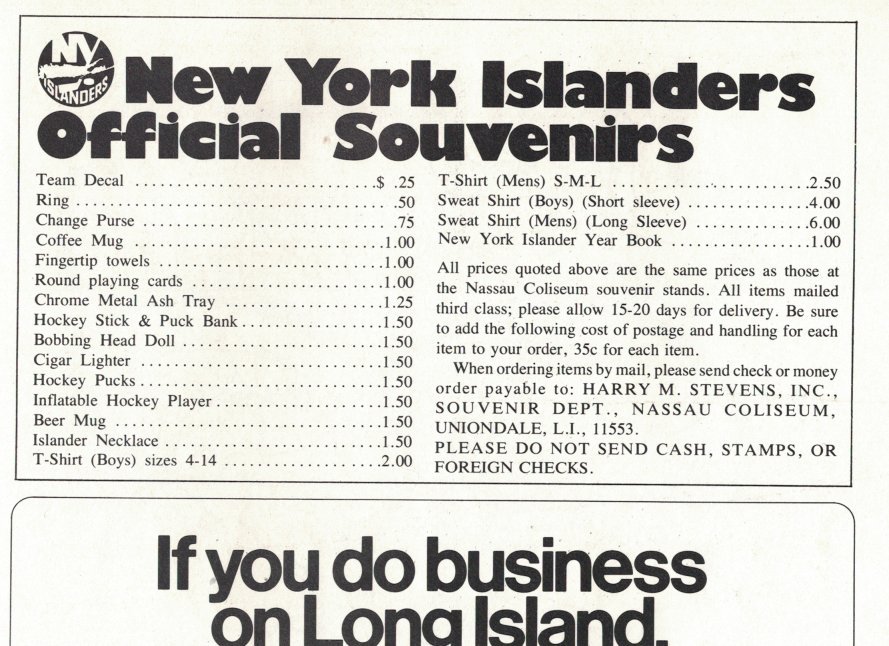 Below is my design of what a NY Islanders doll MAY have looked like. I used a Ranger bank to start, and I used the 1972-73 Islanders uniform for reference. I believe that I may have added more detail to the doll than it would have normally had. When I compared the NY Rangers bank to an actual 1972-73 Rangers uniform, the doll is pretty bland. It didn't have all the stripes on the pants or the jersey. 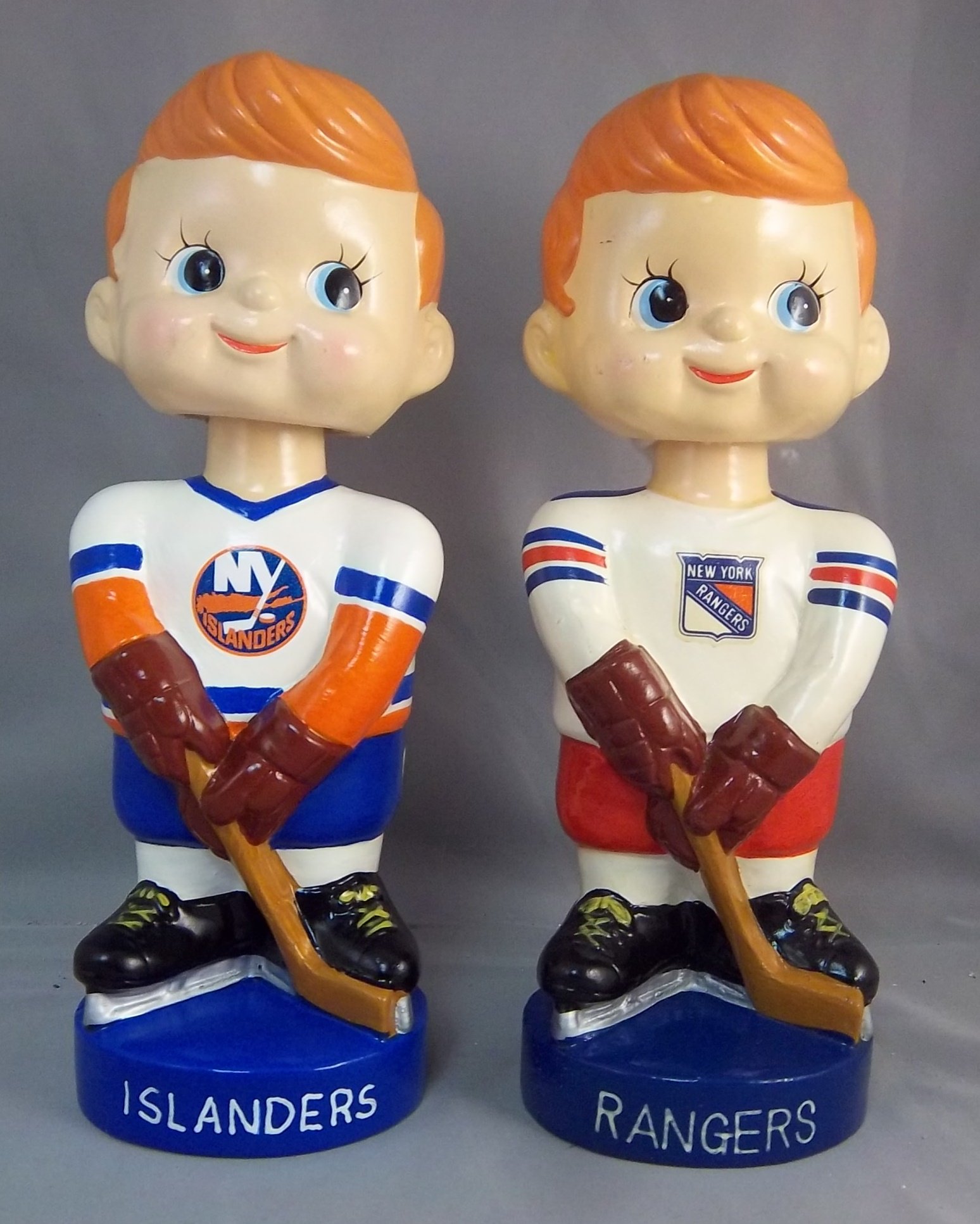 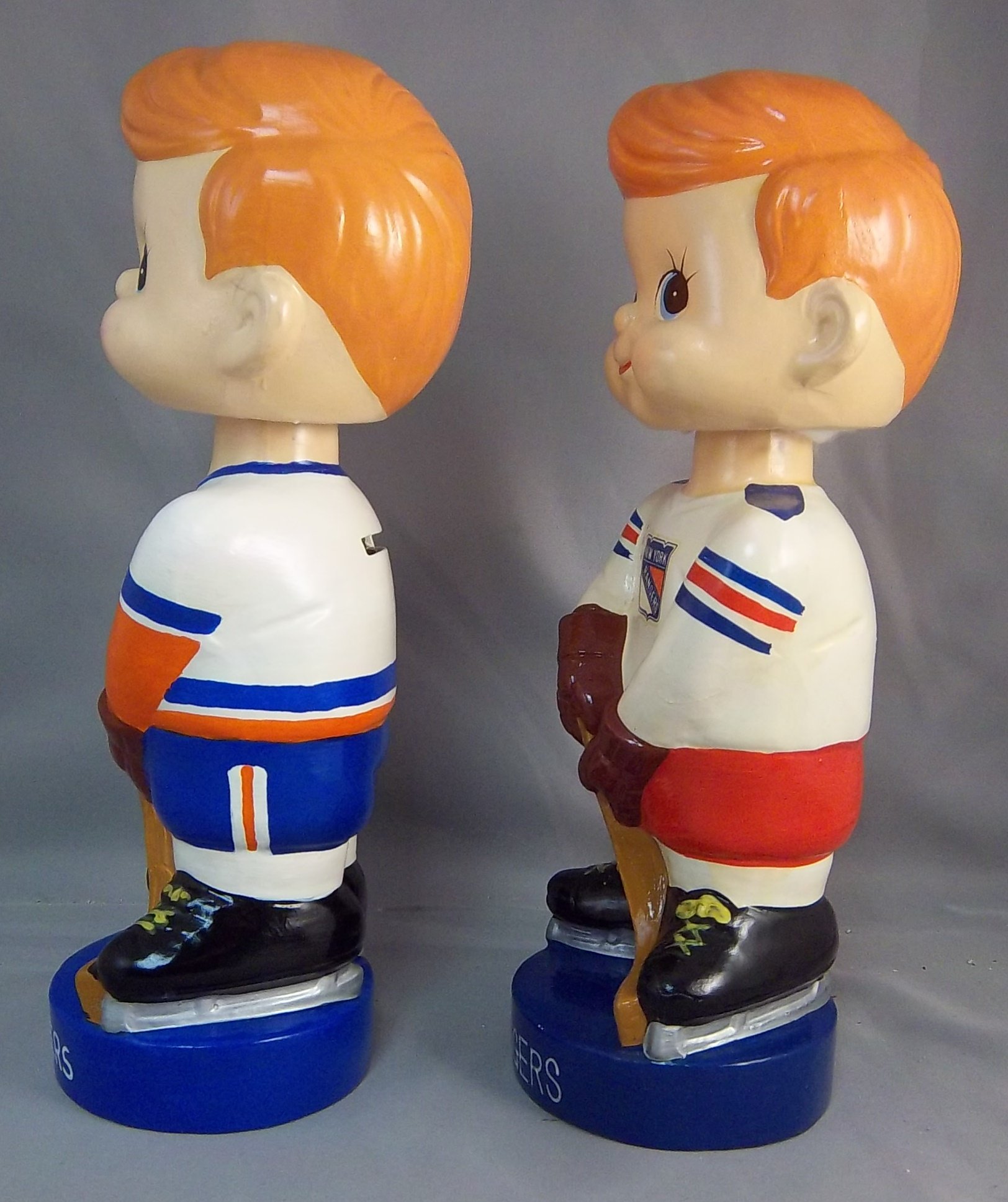 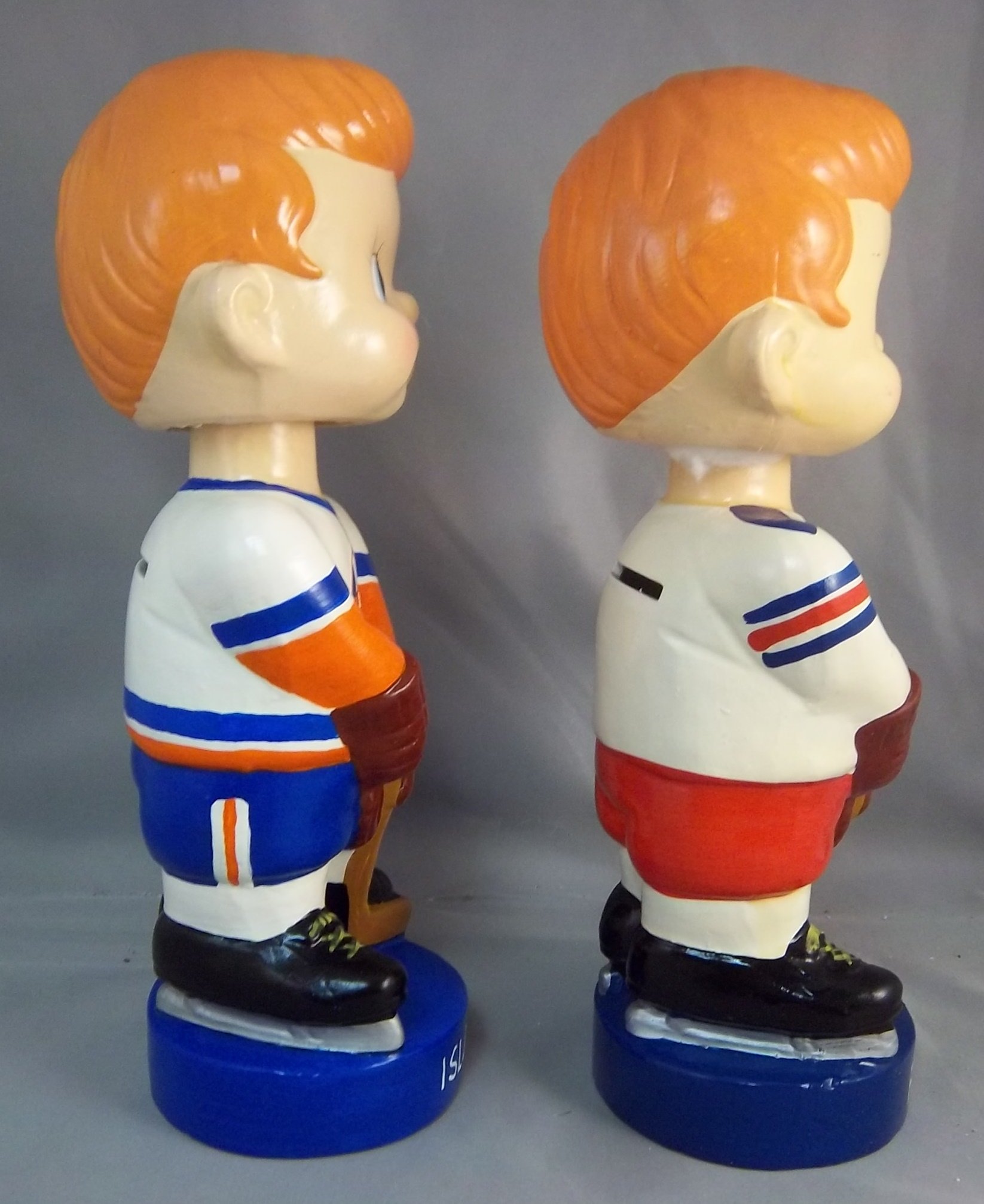 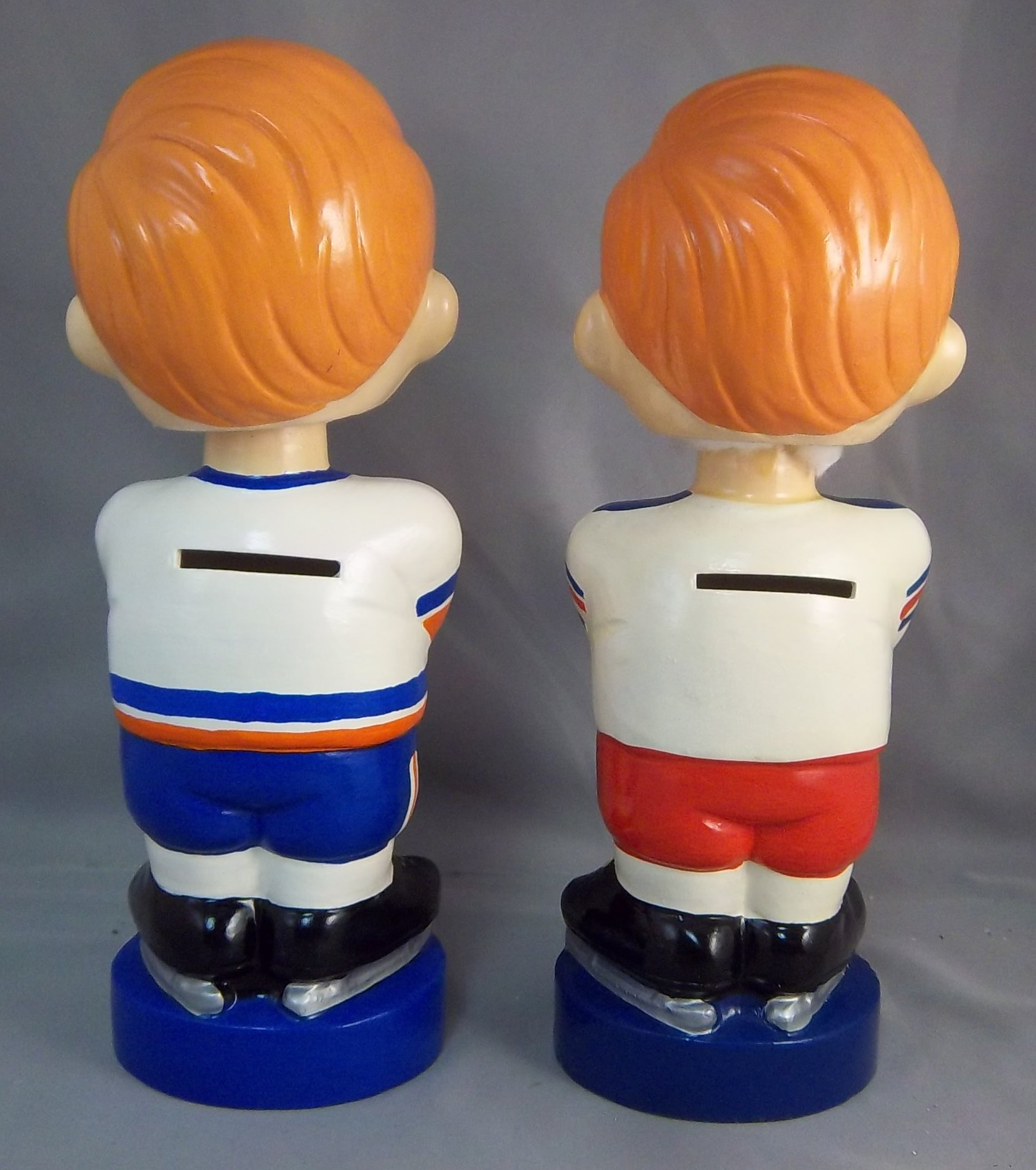 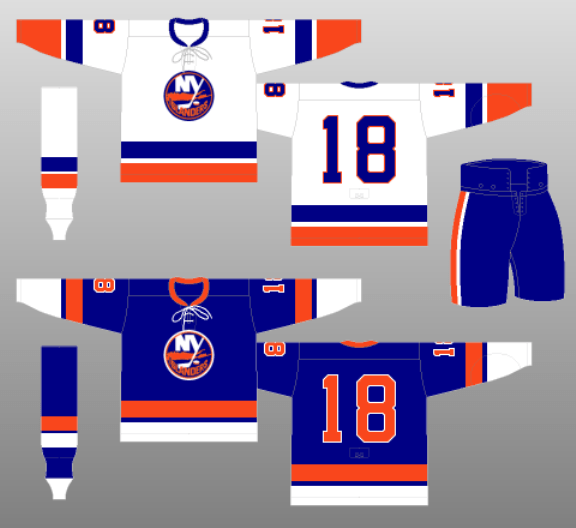 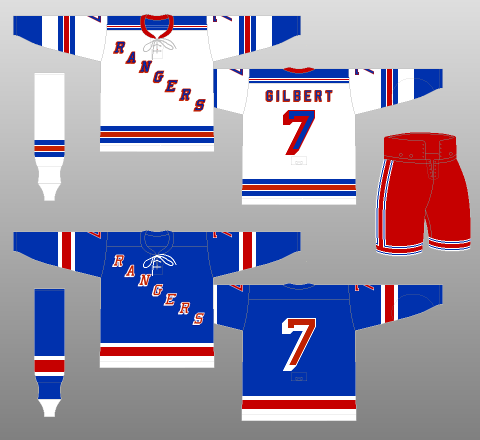 I have a standing question for any of you readers or hockey doll collectors - I want to know when some of the minor league dolls were first sold. If you know or remember buying or seeing some of these dolls in the arenas where they were sold, send me an email. The minor league dolls did not have dates on the bottom of the bases. The Baltimore Clippers & the Portland Buckaroos for example, had their own mold designs so I am not sure exactly when they were produced. If you have any old advertisements that refer or show hockey dolls, that would be greatly appreciate too. THANKS