If you ever collected sports cards in the early 1990's, you would understand the phase "Error card". I am aware of only 3 hockey "ERROR" dolls " or variations =
*** Toronto Maple Leafs MINI doll with a Detroit Redwings chest decal. It is a common doll, so no premium is added to cost. It should sell for the same as a regular Toronto mini doll. (See Mini-series dolls for photo)

*** New York Rangers REGULAR series doll with a black colored base decal. They normally have a white block lettered base decal. It appears to be the same "New York" decal as used on the 1963-65 N.Y... Mets green base dolls. The same base decal was later used on the 1967 NY Rangers Gold Base doll. The doll has a straight spring that had 8 - 10 coils instead of the typical 1" stemmed design. I have only seen 4-5 of these dolls with the "BLACK" base sticker in the past 12 years or so. I would probably add a 35-50% cost premium because of its rarity. Last one sold on Ebay for $256 (3/08) (see "REGULAR SERIES" page for photo)

*** New York Rangers REGULAR series doll with a stenciled or Pad-printed NEW YORK on the base. They normally have a white block lettered base decal. Maybe they ran out of decals but the New York on the base was pad-printed or stenciled on the base. I have only seen ~3 of these dolls in the past 5-7 years or so. I honestly thought it was fake until i saw it again a few years later. I am not sure what a true value is for this because of its rarity. Last one i saw went for ~$350.  (see "REGULAR SERIES" page for photo) 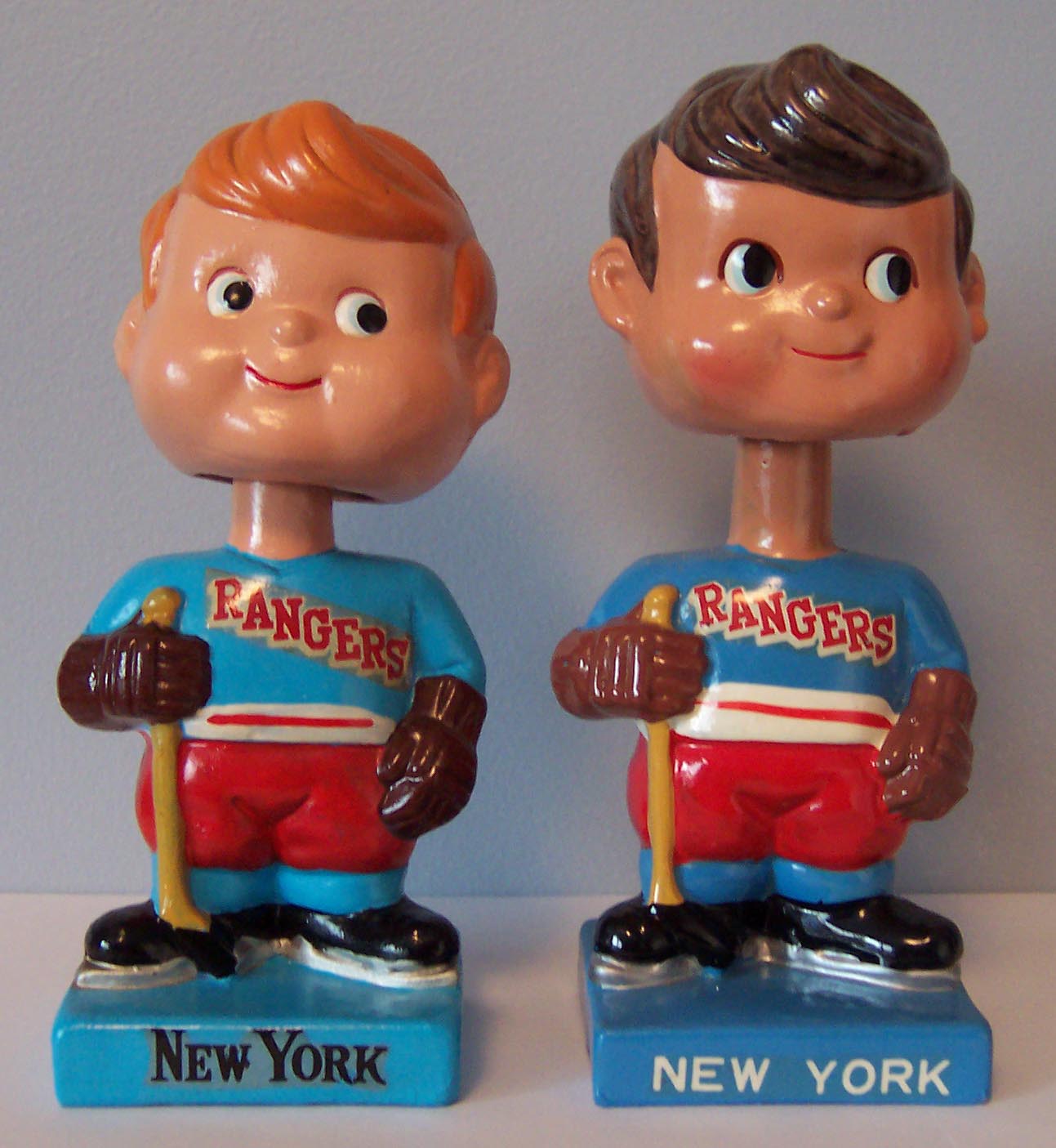 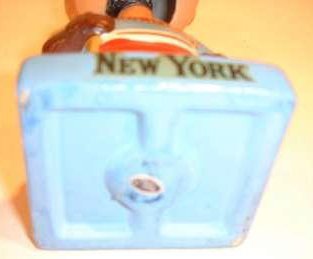 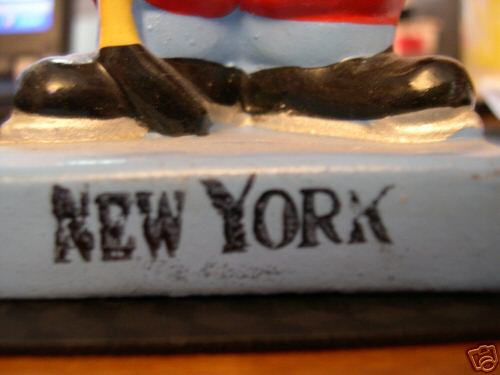